Open Day was a huge success (despite the competition from the Ironman event and a concert in Queens Park). Many thanks to Cllr John Byrne who came along and presented the prizes for the Flower and Vegetable Shows, thanks to our friends from the Association of Bolton Allotment Societies for acting as judges, and to Gill and Barry for organising the shows. Thanks to everyone who had a stall on the market area (especially Gladys on the Bookstall and Doreen and Pauline on the Tombola) and especial thanks to everyone who helped in the cafe.  As always thanks to 'Leap to Your Feet' and the Soyaband for providing the entertainment (and to Lorenzo for his magic act).

The event raised £686 which will be divided between this year's charity (Derian House) and the Society's own projects to enhance the site. 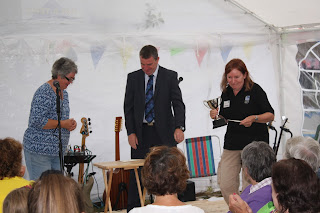 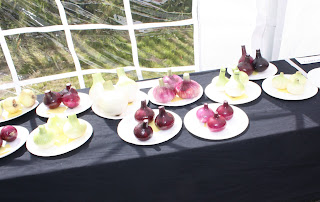 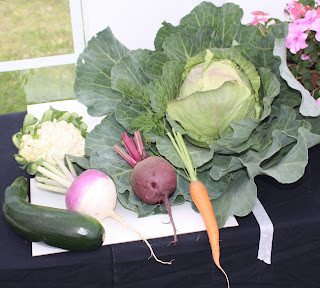 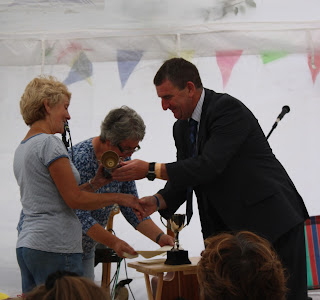 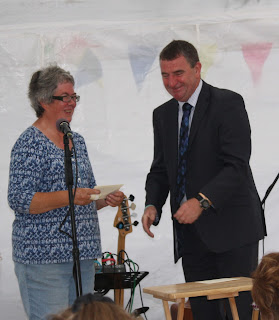 Margaret Jackson won the Best in Show for Flowers 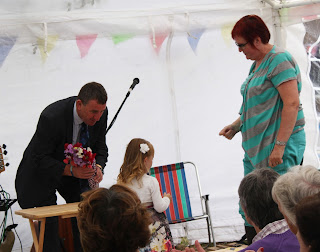 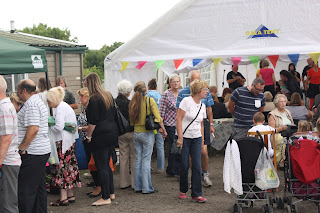 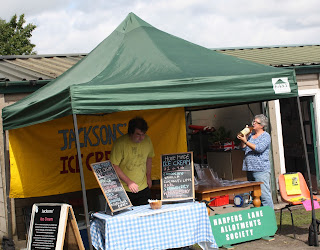 The ever popular ice-cream stall was back 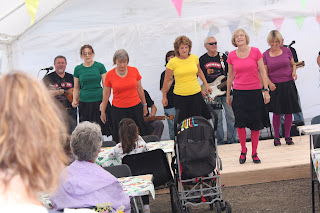 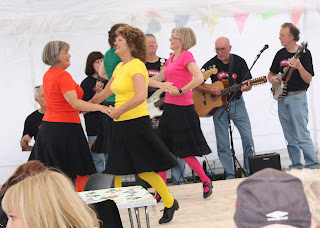 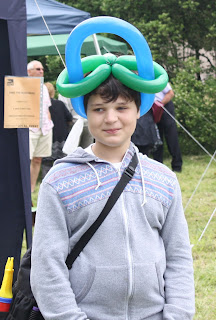 Lorenzo did his magic Houdini act 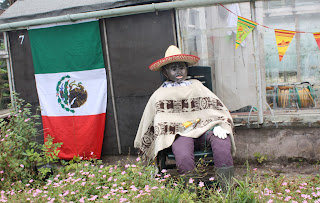 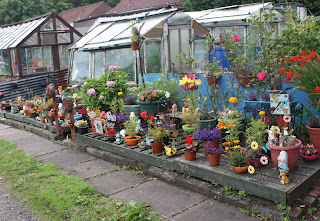 Jo and Gunther's display was popular 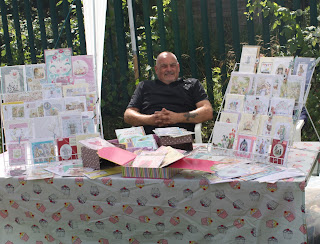 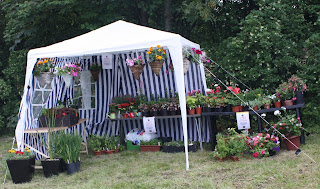 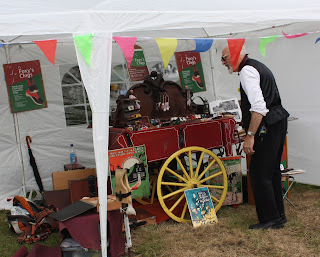 Foxy the Clogmaker was a popular stall 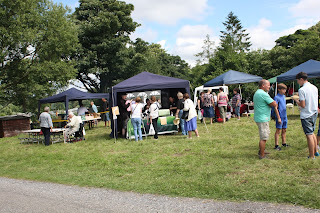 A view of the 'market' area.
Thanks to Mick Riley for taking these photos